one site, counting is an experimental setting fusing aspects of my earlier investigations into self evolving durational pieces and resonance tuning. The piece is the result of pondering over questions of the musicality of space and spatial animation of musical matter, as well as my ongoing interest in how experience of place and surrounding comes about through resonance. one site, counting attempts to explore resonance of site as an oscillation caused between acoustic properties, musical interpretation, spatial unfolding and narrative structure.

Following a partly poetic, partly scientific reading of the acoustic signature of a given space, resonances are made palpable as an extension of its architecture. Carefully mounted speaker drivers projecting electronic pure waves at resonant frequencies, cause the room to naturally amplify the tones and hum at its intrinsic pitches in response. In this slowly shifting acoustical space, highly position-specific occurrences are situated.

The installation seeks to make the sensorial traversable as a performative plane as well, including the resonant frequencies into a score as reference points for acoustic musicians that visit the gallery on a daily basis, unscheduled and unannounced. Guided by the specific harmonic bearing of their instrument, they will perform open geometries of quiet sustained pitches hovering around the resonant tones, drawing spatial musical gestures that instil body and location into the inching sounding space. 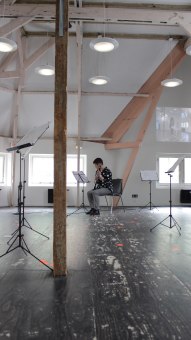 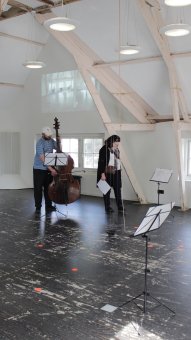 Last, the unfolding of the installation is captured in both sound and image. Following a self organising routine based on John Cage’s ‘Time Brackets’, audio / video fragments are recorded and stored in an expanding archive. Following a second arrangement of time brackets, fragments are selected and played back into the space -non linearly yet synchronised to the current state of the installation-, layering the visual and acoustic narrative of the piece as it takes place. The system functions in a circular manner; feeding recordings of the space back into the same space enables the output as potential input for the archive again. Over time, the gradation and transformation of different generations of the same or similar materials is becoming tangible. As the piece progresses, an increasingly dense resonance of site is manifesting. 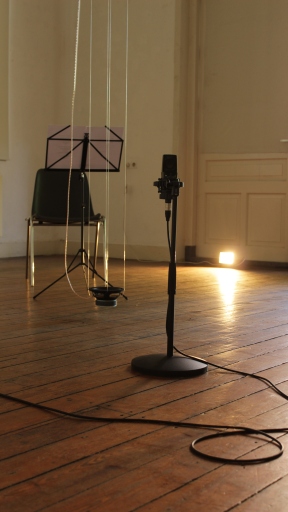 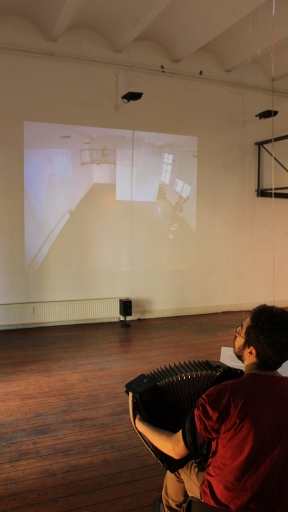 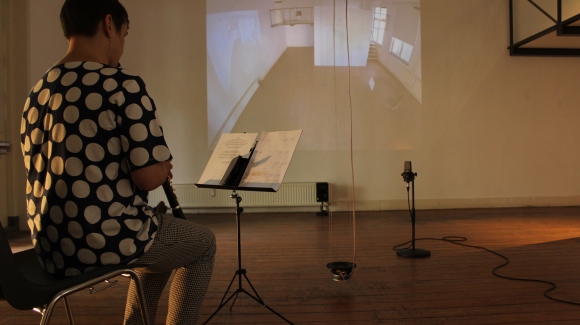 . hear an audio recording of the space, with Leo Svirsky performing during the exhibition @ PuntWG